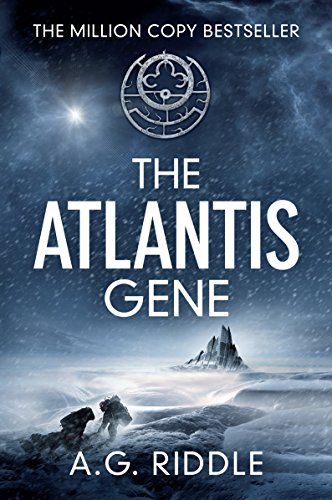 Now in development to be a major motion picture.

THE GREATEST MYSTERY OF ALL TIME...
THE HISTORY OF HUMAN ORIGINS...
WILL BE REVEALED.

70,000 years ago, the human race almost went extinct.
We survived, but no one knows how.
Until now.
The countdown to the next stage of human evolution is about to begin, and humanity might not survive this time.

The Immari are good at keeping secrets. For 2,000 years, they've hidden the truth about human evolution. They've also searched for an ancient enemy - a threat that could wipe out the human race. Now the search is over.

Off the coast of Antarctica, a research vessel discovers a mysterious structure buried deep in an iceberg. It has been there for thousands of years, and something is guarding it. As the Immari rush to execute their plan, a brilliant geneticist makes a discovery that could change everything.

Dr. Kate Warner moved to Jakarta, Indonesia to escape her past. She hasn't recovered from what happened to her, but she has made an incredible breakthrough: a cure for autism. Or so she thinks. What she has found is far more dangerous - for her and for the entire human race. Her work could be the key to the next stage of human evolution. In the hands of the Immari, it would mean the end of humanity as we know it.

Agent David Vale has spent ten years trying to stop the Immari. Now he's out of time. His informant is dead. His organization has been infiltrated. His enemy is hunting him. But when David receives a coded message related to the Immari attack, he risks everything to save the one person that can help him solve it: Dr. Kate Warner.

Together, Kate and David must race to unravel a global conspiracy and learn the truth about the Atlantis Gene... and human origins. Their journey takes them to the far corners of the globe and into the secrets of their pasts. The Immari are close on their heels and will stop at nothing to obtain Kate's research and force the next stage of human evolution - even if it means killing 99.9% of the world's population. David and Kate can stop them... if they can trust each other. And stay alive.

THE ATLANTIS GENE is a thought-provoking technothriller about global genetic experiments, ancient conspiracies, and the mysteries of human evolution. Its complex characters and historical and scientific details will stay with you long after you finish. This fast-paced adventure is the first book in A.G. Riddle's Origin Mystery Trilogy, published by LEGION Books.