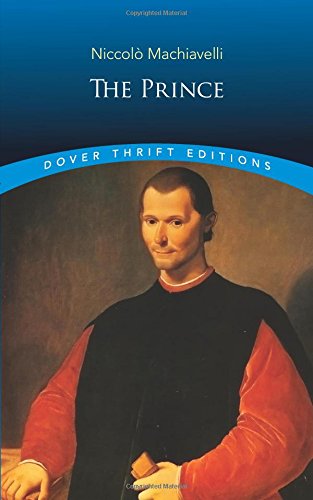 As a young Florentine envoy to the courts of France and the Italian principalities, Niccolò Machiavelli (1469–1527) was able to observe firsthand the lives of people strongly united under one powerful ruler. His fascination with that political rarity and his intense desire to see the Medici family assume a similar role in Italy provided the foundation for his "primer for princes." In this classic guide to acquiring and maintaining political power, Machiavelli used a rational approach to advise prospective rulers, developing logical arguments and alternatives for a number of potential problems, among them governing hereditary monarchies, dealing with colonies and the treatment of conquered peoples. Refreshing in its directness, yet often disturbing in its cold practicality, The Prince sets down a frighteningly pragmatic formula for political fortune. Starkly relevant to the political upheavals of the 20th century, this calculating prescription for power remains today, nearly 500 years after it was written, a timely and startling lesson in the practice of autocratic rule that continues to be much read and studied by students, scholars and general readers as well.

When Lorenzo de' Medici seized control of the Florentine Republic in 1512, he summarily fired the Secretary to the Second Chancery of the Signoria and set in motion a fundamental change in the way we think about politics. The person who held the aforementioned office with the tongue-twisting title was none other than Niccolò Machiavelli, who, suddenly finding himself out of a job after 14 years of patriotic service, followed the career trajectory of many modern politicians into punditry. Unable to become an on-air political analyst for a television network, he only wrote a book. But what a book The Prince is. Its essential contribution to modern political thought lies in Machiavelli's assertion of the then revolutionary idea that theological and moral imperatives have no place in the political arena. "It must be understood," Machiavelli avers, "that a prince ... cannot observe all of those virtues for which men are reputed good, because it is often necessary to act against mercy, against faith, against humanity, against frankness, against religion, in order to preserve the state." With just a little imagination, readers can discern parallels between a 16th-century principality and a 20th-century presidency. --Tim Hogan