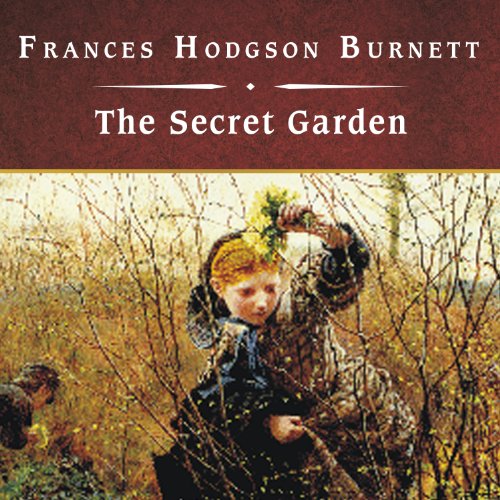 Step into the world of The Secret Garden with this beautifully illustrated paperback edition of one of the best-loved children's stories. When orphan Mary Lennox arrives from India to live with her uncle, everyone at Misselthwaite Manor thinks her a most disagreeable child. Then one day she discovers a secret garden, locked and hidden for ten years. With the help of a young boy called Dickon and her spoilt, invalid cousin, Colin, Mary brings the garden back to life; and as she does, the mystery behind it is revealed. An instant classic, The Secret Garden has been cherished by generations of readers since its publication in 1911. Stunningly illustrated by Inga Moore.

Mistress Mary is quite contrary until she helps her garden grow. Along the way, she manages to cure her sickly cousin Colin, who is every bit as imperious as she. These two are sullen little peas in a pod, closed up in a gloomy old manor on the Yorkshire moors of England, until a locked-up garden captures their imaginations and puts the blush of a wild rose in their cheeks; "It was the sweetest, most mysterious-looking place any one could imagine. The high walls which shut it in were covered with the leafless stems of roses which were so thick, that they matted together.... 'No wonder it is still,' Mary whispered. 'I am the first person who has spoken here for ten years.'" As new life sprouts from the earth, Mary and Colin's sour natures begin to sweeten. For anyone who has ever felt afraid to live and love, The Secret Garden's portrayal of reawakening spirits will thrill and rejuvenate. Frances Hodgson Burnett creates characters so strong and distinct, young readers continue to identify with them even 85 years after they were conceived. (Ages 9 to 12)